Imagine music from the time of Shakespeare colliding with the Byrds & the 60’s jangle of 12-string guitars.  A fanciful scenario, yet one of the many wonders art & music can perform.

During the reign of Elizabeth I the lute was the king of instruments.  Its chief exponent, John Dowland, was England’s star musician.  He wrote music for Shakespeare’s plays & was lauded across Europe.

Fast forward some 400 years to classically-trained Gareth Koch who re-contextualises Elizabethan music in a contemporary framework.  The lutes are replaced by flamenco, classical & steel-string guitars, while the viols give way to Hofner & Rickenbacker basses.

This brand new musical endeavour embraces both informed historical performance practise & pop sensibilities.  Add to this an over-arching aesthetic derived from shimmering guitar pop & we have a new sound, the sound of Elizabethan Jangle. 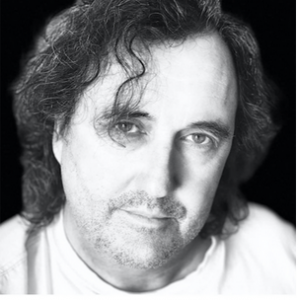 Gareth Koch is an ARIA Award winning recording artist, guitar soloist, composer & songwriter. He has recorded a diverse repertory across multiple albums spanning works for classical guitar, flamenco, original compositions, arrangements, medieval projects & song writing.  He has appeared at major festivals within Australia, Europe, Asia and North America.
Gareth is involved with many cross genre projects.  Over the past two years he has released two collaborative albums with ARIA Hall of Fame inductee Steve Kilbey (The Church).  Earlier this year a third collaboration with Steve saw the release of double album ‘The Hall of Counterfeits’.

Song Descriptions
Can She Excuse
The opening track to this fascinating step back in time to the world of troubadours and courtiers and palace commissioned concerts.  Koch’s mastery of the Classical Guitar is augmented by his skills at percussion and arrangement to create a world music element as well.

The Hags of Gloucester
The title alone is intriguing and sure enough the track doesn’t disappoint with soaring peaks of guitar arpeggios and subtle percussion and jangling backing guitars.

Praetorian Jangle
Maybe if classical guitar had been around in Roman times you would have heard this in Caesar’s court or in The Forum.  With a bit of a military backbeat and some other percussion the guitars layered on top tell the whole story. 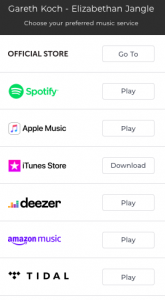