As the Australian Bushfires crept toward her rural home, Fiona Joy Hawkins turned to her Stuart & Sons piano to do what has always bought her solace: writing music. After crafting 4 songs that she later marketed as fundraisers for firefighters and wildlife rescue – and which are included on this album – she began final preparations on Moving Through Worlds.

Although she began recording and conceptualizing the album three years ago, one could say it is an album 44-years in the making. One of the more classical-crossover pieces is “For the Roses” which a 12-year-old Fiona wrote for her Grandmother’s funeral. 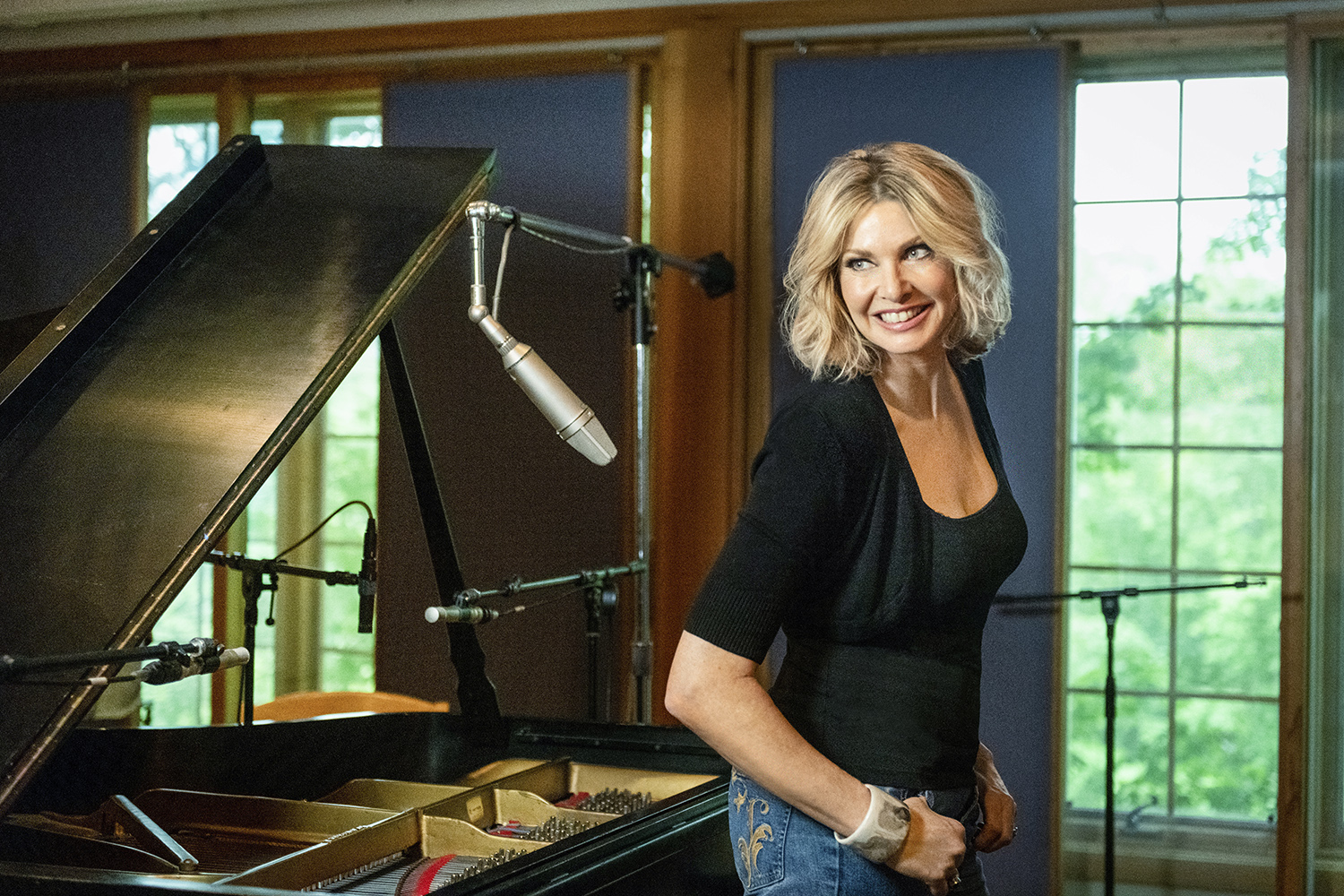 Fiona says, “I believe music is a gift from another world, from ancestors of the past communicating to inspire and give us hope. Music is a universal language that connects us without prejudice, it speaks to us all equally, yet is received with great variation. My wish is to open a few more hearts to the power of music. Now more than ever we need the connection to our past to find the pathway to our future.”

The 14-track album was beautifully produced by Will Ackerman (Founder Windham Hill Records) and Tom Eaton. As per her usual style, Fiona defies genre by bringing Classical, Contemporary Piano, and New Age instrumentals together to create something uniquely her own, and reflective of all the worlds that she has moved through so elegantly while this powerful music gathered in her soul.

Fiona Joy Hawkins is an Australian Pianist, Composer and Singer who enjoys and regularly tours China and the USA and is also a member of the Contemporary instrumental group FLOW (Fiona Joy, Lawrence Blatt, Jeff Oster, Will Ackerman). Fiona Joy Hawkins is best known for her romantic, melodic songs and lush arrangements. A prolific composer, she has always been interested in creating music that evokes images, emotions and tells stories.

Fiona Joy is known for ‘Grace’, her song on a Grammy Winning album in 2014 and for her extensive catalogue produced by Will Ackerman (Founder Windham Hill Records). In 2016 she won two categories of the Independent Music Awards at the Lincoln Centre in New York and has been awarded Best Piano Album by International Radio (ZMR Awards) for several of her albums. Nominated alongside Pete Seeger for Best LIVE Performance Album in the Independent Music Awards,Fiona was an ARIA Finalist in Australia in 2008. Fiona works with Australian piano maker Stuart and Sons, and has several albums with Blue Coast Records (content partners with Sony Music for hi-resolution releases).

In the case of Fiona Joy Hawkins’ latest collection Moving Through Worlds, there are glorious exceptions where it’s not hyperbole in any sense and fits today, tomorrow and for all…let’s just say I can’t imagine there ever being a time in the future when listening to this deeply personal, socially conscious, stylistically expansive 14-track musical narrative would grip me any less than it does today, in the midst of world gone mad 2020. – Jonathan Widran, JWVibe

“Moving Through Worlds” is OUT NOW (July 7) via Little Hartley Music.